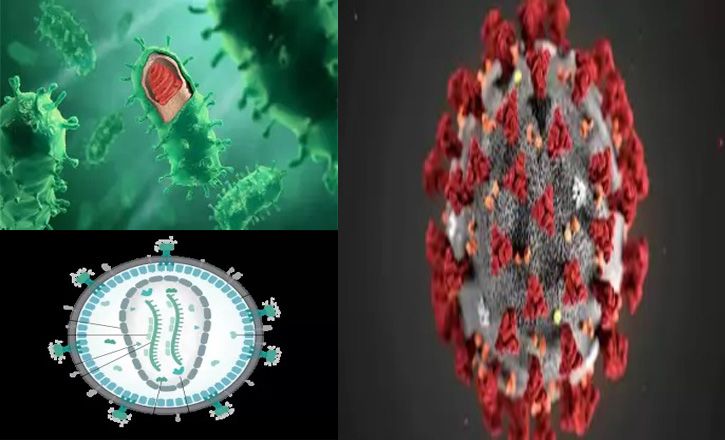 Since that time poisonous monsters have been poisoning human life; its name is virus. The Latin word ‘virus’ means ‘poison.’ People are also using this ‘poison’ for human welfare lately.

But it is certain that these dreaded little monsters will have to wait a few more days to capture the wonder lamp of Aladdin fully. Minor viruses have the potential to kill.

Only twenty million people have died in the twenty-first century alone. Unbeknownst to who was first attacked, Rahima Banu of Bangladesh the last affected person in this world.

It is currently possible to eradicate this monster. Another name for the flu is Spanish flu. Between 1918 and 1919, the virus lost five to ten million people, about three percent of the world’s population.

There are many known and unknown viruses on earth. Six of these viruses can be identified as the most dangerous. Coronavirus has recently been linked to six viruses.

So far, the deadly virus is at the top of the Ebola virus. So far, six variants have been identified. Ebola virus infection rates can range from 25 percent to more than 90 percent.

However, experts say that it is possible to save the injured person if they brought under medical treatment quickly. The outbreak of the deadly virus first appeared in 1976. At the same time, Niger, Sudan, Yambuku and the Republic of the Congo.

Till today No effective antidote to the virus has been developed. The Ebola virus is infected by the blood, saliva or any discharge of infected humans or through the body’s wound.

Rabies virus neuro-topic Namely Spreads from an animal to a human. The disease that causes the virus infection, is called Rabies.

According to statistics provided by the Pasteur Institute in Paris, 59,000 people die every year from Rebisa attacks across the globe. The virus of rabies circulates in the saliva of infected animals.

When those animals bite humans, they become infected. Despite the effective vaccine, it is still not possible to get rid of the trauma of being traumatized by not giving the vaccine to the affected person on time.

The virus invades the human nervous system directly and disrupts its normal functioning. If the vaccine is not delivered on time, the death of the infected person is decided. When the rabies virus spreads in the brain, the symptoms of rabies appear.

The patient died of acute tremors and paralysis within three to five days after receiving symptoms.

H5N1 is a mutated and seasonal influenza virus. Dutch virologist Ron Fuchs transformed the bird flu virus into a laboratory.

In 2011, the American Biosafety Agency (NSABB) imposed severe restrictions on the study and publication of the virus, since the virus is deadly infectious and extremely dangerous.

Researchers have reassured that this monster virus has replaced by a highly protected cell in the laboratory. There is no way to escape from there. In general, the mortality of the common bird flu virus is over 60%.

Even then, the virus with high mortality can transform itself into a vowel. That is why the experts have a special obligation. Seasonal influenza is responsible for 2.9 million to 6.3 million deaths worldwide each year, according to the World Health Organization.

In the United States alone, more than three million people have infected this season and at least 18,000 have died. The virus killed 8,100 people in France during the 2018-2019 season.

In the name of a city in Germany, This Philovirus has named. Although it is less deadly than the Ebola virus.

However, these two viruses have many similarities. About 80 percent of infected people die from the virus, which means high capacity. Infected with the Marburg virus can cause severe fever on the fifth or seventh day, as well as severe bleeding in the blood vessels, stools, nose and teeth.

In some cases, two weeks after the illness, Orchitis may also be seen in men with inflammation of the testicles. Hopefully, the virus is not easily infected. Too much contact with the infected person can lead to the infection of the Marburg virus through its feces, urine, saliva or vomiting.

Worldwide, about five million people suffer from Dengue fever each year, and about 25,000 people die. It is possible to get rid of dengue virus infection if AIDS controls mosquitoes and adheres to certain hygiene practices.

The HIV or AIDS virus can stave off the cells for up to eight to ten years. When activated, the host disrupts the body’s natural immune system and puts him to death.

According to the World Health Organization report, since the outbreak of the AIDS epidemic, more than 700 million people have been infected with HIV, and some 30 million have died of HIV.

On March 10, 2020, the British Medical Scientific Journal The Lancet reported that a person living with British AIDS could be completely removed by replacing bone marrow cells.

That is the second person to be released from AIDS. This is a significant achievement in the fight against AIDS.

The virus that has been causing fear around the world lately. It is a variant of the coronavirus, the Novel Corona (Covid-19). From the information we have so far, it appears that less than four people lost 100 lives and more than half have already recovered.

The new form of the virus named Corona has not yet been fully revealed. Scientists have been trying to understand its dynamics and have taken up the antidote for it.

Researchers at the Pasteur Institute in Paris hope to give good news to the world soon.

We strive for fairness and accuracy of The most dangerous virus in the world. If you observe something that doesn’t look right, contact us!

Best Litecoin wallets in terms of security, features, and price

Investments made in crypto pose a risk in itself. And the wallet in which these…

Can Dogs Eat Avocado? The Unexpected Truth About Avocados and dogs

Mistakes To Watch Out For While Buying A New House

How Do I Get f5 Certified