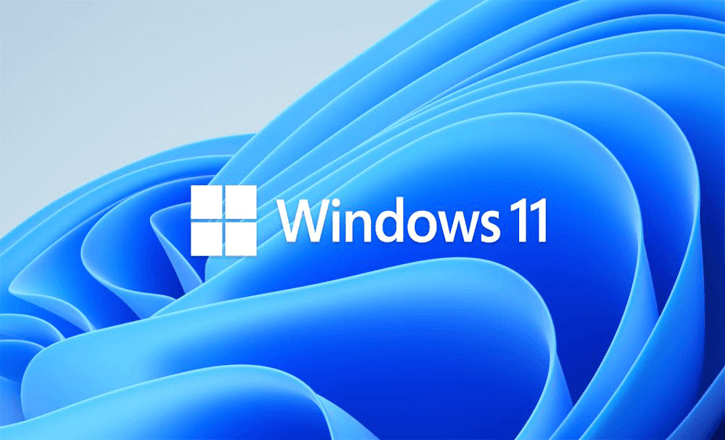 Microsoft has announced a new version of the Windows operating system used in all PCs in the world. The company will release the next generation of Windows 10, Windows 11, for users later this year. In the meantime, a trial version has been found illegally on several websites, but Microsoft claims that it does not match the original version.

The new operating system ‘Windows 11’ has several new features. Bigger than that, some old features are going to be dropped, which Microsoft has not completely eliminated in the last 20 years. If you want to move on to the new, you have to get rid of the old. After Apple proved it through MacOS, Microsoft is also walking on that path.

How to get Windows 11

Like Windows 10, Microsoft will offer Windows 11 absolutely free to users. Windows 11 will reach users’ PCs by the end of October or November with a Windows update. There is no need to do anything extra for this.

However, the idea is that users can turn off 11 upgrades from the update option in advance if they want. It is better not to use the new operating system at the beginning, especially if it is a PC for very important work. Windows 11 can be installed by buying and downloading the license directly from Microsoft, just like the current one.

All you need to do is use Windows 11

The need for hardware to use Windows 11 is big proof of the fact that Microsoft is trying to redesign Windows. The new operating system will no longer support 32-bit processors. For 20 years, Microsoft has been supporting 32-bit software and hardware, which is no longer the case, at least in 2021.

Although according to Microsoft’s website, Windows can be used with at least a 1 GHz dual-core 64-bit processor, 4 GB of RAM, DirectX 12 supported graphics and a display with a resolution of 720 pixels, but in reality the picture is different.

Currently, according to Microsoft’s page, only the eighth-generation Intel Core and the second-generation AMD Raizen series processor-rich PC will run ‘Windows 11’. In other words, Windows 11 will not run in Microsoft’s current flagship Surface Studio 2.

There is also the possibility of adding older processors to the list later. There is another requirement with this even if the PC does not have the old genre of BIOS, it must have UEFI (Unified Extensible Firmware Interface).

However, UEFI has been used instead of BIOS since the first generation Intel Core series. Must have ‘Trusted Platform Module’ or ‘TPM 2.0’ and must have Secure Boot.

For that, the PC must have a hard drive or SSD GPT partition, not the old MBR. And these demands point in one direction and that is that Microsoft does not want these new windows to work for the old hardware.

According to this directive, in the future, the sixth generation Intel Core and the first generation Raizen processor-rich PC ‘Windows 11’ may also be available; But starting from the Core 2 Duo, the fifth generation Core series or the old FX series of AMD is being completely eliminated.

For the first time in history, the Windows Start button and menu will be in the middle, not in the lower left corner of the display. Live tiles are being dropped from the Start menu, instead pinned apps can be seen in the menu, latest used documents, app menu and search bar.

Snap layout is being added to Windows like Mac. Currently the program Windows can only be maximized and minimized, from now on it can be sent to one side or one corner of the display by pressing the button. Self-sorting options have been added to the display of multiple apps simultaneously.

The snap layout can be customized for multiple monitors, and you don’t have to drag the app from the main monitor to another monitor, the app can be tied to one monitor. Even if the monitor is removed, it will be saved, then if you add it again, the app will move to the new monitor.

In addition, new colors have been used in the design of the interface, the interface has been arranged in several places. It can’t be said that it is not compatible with Windows 10, but it can be called a major upgrade of Windows 10.

The collapse of Microsoft Teams and Skype

Microsoft Teams is going to be a big part of Windows 11. Microsoft claims that every feature of Windows will be integrated with the Teams software, which is made up of most of the features of the popular remote office software Slack, Skype and Zoom, so there is no need to install other apps separately.

Video calls can be made directly from the Mail app, meetings or deadline schedules can be moved directly from the team’s message to the calendar. Video conferencing can be done with one click from desktop or taskbar. There will be many more such benefits with Windows, so that users can work with ease.

And through this, of course, Skype is being dropped. Skype will no longer be provided with Windows, but can be installed if desired. But it can be said that the first big step is that Microsoft is gradually trying to establish teams by eliminating Skype.

Android apps will run on Windows 11

How easy or difficult saidalodim app feature will not know anything about it, but it is expected to be less likely to be easy. Doubts remain about how well Android games will run on PCs, as most games offer touch controls and most PCs do not have a touch screen.

Web designers have long struggled to create pages that support Internet Explorer, and the design of a website would not be complete without the support of this old browser. Windows 11 is going to end this problem.

Microsoft is working hard to strengthen its position in the gaming world. Hundreds of games are being played on Xbox and PC with monthly subscriptions like Netflix through their Xbox Game Pass Ultimate service.

Now the game pass service will be integrated more tightly with Windows, so that games can be played more easily from Game Pass or Xbox Store.

Not only that, if the PC is not strong enough to run the game, then the game will run from the cloud server through the cloud itself, it does not require any additional setup. Microsoft claims that after launching the Game Pass Ultimate service, you just have to click on the game.

Many desktop monitors and laptops today use HDR-enabled displays, but most older games do not. Users will be able to enjoy HDR in those games using Auto HDR in Windows 11.

Preparing for a new type of PC

Windows on tablets has been around for decades today; But this is the first Windows to run without a keyboard mouse. In the coming days, Surface and other Windows-powered tablets without type cover will be seen.

Although they have shown trial versions of several foldable devices from Microsoft in the past few years, they have not yet launched them, perhaps only by installing Windows 11 directly.

According to Microsoft, the definition of computer will change a lot in the coming days, they have prepared this new Windows to keep pace with it.

Are you considering getting a hot tub? They can be expensive investments, especially when you…

Adoption of Cryptocurrency Across the Globe

How To Find The Best Limousine Services In Graham?

Is It Best To Repair or Replace Old Industrial Machinery?