Medical Marijuana And Cancer: What Does The Research Say? 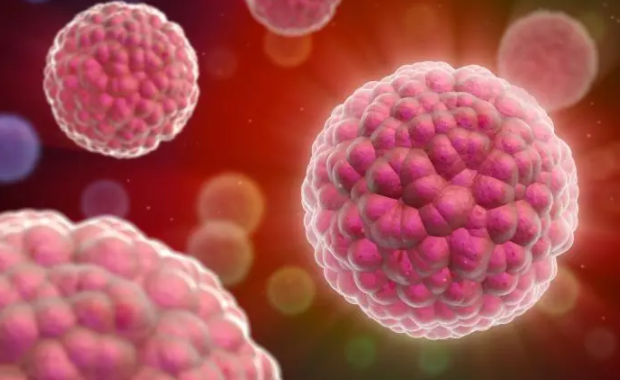 Cannabis has been used as a remedy for many ailments for a long time. Recent studies have also revealed that cannabis can manage a few side effects and symptoms during cancer treatment. Cannabis has the potential to relieve pain, boost sleep, and improve appetite. In addition, most surveys show that physicians recommend medical marijuana to their patients primarily for symptom management. CBD gummies plays major role in recovery.

Cannabis has medicinal aspects that make it a useful plant in the field of medicine. Its key constituent cannabinoids have drug-like attributes to the body. However, the most studied components in cannabis are cannabidiol CBD and delta-9-tetrahydrocannabinol (THC). Both can ease pain and inflammation, but THC has a high effect while CBD doesn’t. For more information, visit this page.

The Risk Of Cancer

Various evidence considerably differs on whether cannabis smoking has cancer-causing potential. A recent analysis of men and women using tobacco found a significantly increased cancer rate if they smoked cannabis.

Yet another study shows that non-tobacco smokers who have once used cannabis have a high chance of getting prostate cancer. But this same study shows that cannabis use doesn’t cause tobacco-related cancer. Low cannabis exposure has little to no cancer-causing potential or any other forms of cancer such as aerodigestive tract cancers.

As part of a conclusion on the association between cannabis use and cancer, an extensive Health Canada monograph based on cannabis issued a final decision. The decision was that although various studies on cellular and molecular levels present strong proof that smoking cannabis exposes users to carcinogenic effects, the epidemiological evidence is still indecisive.

A study showed that a component of cannabis called CBD has immunosuppressive and anti-inflammatory aspects that make it a suitable supplement in treating Graft-Versus-Host Disease (GVHD). In this life-threatening condition, the body attacks its own cells.

In addition, when administered to patients who have recently undergone surgery for acute leukemia, CBD is found to have excellent supplementary attributes, alongside standard prophylaxis.

A particular group of cannabinoids called Dronabinol was first approved in 1986 in the US, becoming the first antiemetic in cancer chemotherapy. Yet, another group called Nabilone was approved in Canada and later on adopted by the United States. The FDA — U.S.-based Food and Drug Administration — approves both Dronabinol and Nabilone to treat nausea and vomiting in cancer patients whose standard antiemetic therapy programs have failed to work.

That follows multiple meta-analyses and clinical trials that have proven the remarkable capabilities of both Dronabinol and Nabilone in chemotherapy-induced nausea and vomiting. For example, in a particular study comparing Nabilone and standard antiemetic, Nabilone had better results than substances like domperidone, alizapride, and prochlorperazine, and it was favored. Most individuals also prefer cannabinoids in nausea and vomiting management over other prochlorperazine medications.

Eating disorders like anorexia, or early satiety — where you feel full just after eating an insignificant amount of food, are common in cancer patients. Other patients might experience wasting syndrome, where they undergo constant ill health that results in considerable muscle loss and weight reduction. However, a vast majority of these patients suffer from appetite loss.

In a study to find the effects of cannabinoids on appetite stimulation for cancer patients, oral-THC, a constituent of medical cannabis, was found to have favorable outcomes. After eight weeks, cancer patients recorded an increase in appetite by 49% and weight gain by 11%. The results improved further when patients used oral-THC alongside megestrol acetate, a standard medication. However, compared to megestrol acetate alone, experts conclude that Dronabinol has little effect on appetite stimulation and weight gain in advanced cancer patients.

Pain management is a crucial undertaking for patients who have cancer. In essence, it facilitates the quality of life for patients in all stages of cancer. In many cancer cases, pain results from nerve injury, inflammation, bone invasion, or interference with relative pain-sensitive regions. In addition, pain treatment is often resistant to opioids in extreme cases.

However, studies have shown that cannabinoids can effectively relieve pain in cancer patients. The research found THC: CBD a more efficacious remedy for pain management in advanced stages of cancer than opioids. Still, in another study, patients treated using Nabilone registered drastic improvements in managing pain, anxiety, and nausea.

Medical marijuana has been used to treat various cancer patients, and there are numerous studies on its effectiveness. Before deciding on the use of medical marijuana, it is best to consult with your current physician.

Why Your Workplace Needs E-Learning?

As e-learning grows, more organizations are transferring some or all of their corporate training online.…

Why are Square Mirror Sunglasses Popular? A Definitive Guide

THE REPERTOIRE OF THE CUSTOM PACKAGING SHOP