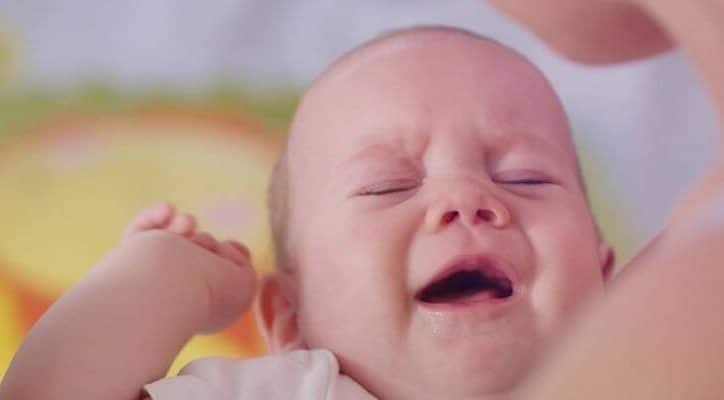 Being a mother is difficult, but fulfilling this responsibility is a lot more challenging for new parents. It may be assumed that every parent around here would agree with this statement.

Most of the time, new mothers have no idea what they are doing or if their feeding technique is the right one. At the same time, infants are very delicate and fragile.

Following the wrong procedure can cause them nervousness and discomfort. Therefore, new parents must pay special attention to their children.

Amongst all daily activities, breastfeeding is one of the most important ones that require a correct approach such that the child does not feel uncomfortable.

Women face various problems while breastfeeding, including sore nippular areas, plugged ducts in the breast, fungal infections, lack of providing the proper supply of milk, and many more.

However, breastfeeding becomes a lot more difficult for mothers when the baby squirms. It makes the new parents wonder if they are doing everything correctly. Frankly, it may be a part of the child’s growth. But, in some cases, the mothers may also be responsible for this behavior of their infant.

To know more about the reason behind the babies’ squirming while feeding, read about it in detail.

Is it normal for the baby to squirm while feeding?

In most cases, it is normal for the child to squirm. However, the behavior of the baby also depends on his age and phase of development. Though the parents can observe this response any time, it is more common for 6 to 8 weeks old.

The infants are new to their surroundings and try to have more contact with them. Squirming helps the children with this activity. It is also a sign that the child is easily distracted.

However, it is also common among infants because they have just begun to notice the world. Moreover, the baby starts gaining more control over their body at this stage. They try to assert it through squirming.

The growth spurts can also cause the babies to wriggle and fuss. The infant’s life passes through this stage during its first 7-10 days, and it can stay up to nine months. During this phase, the breastfed babies nurse more than usual. However, this is a temporary phase.

If the child is sick, it can also be the reason behind its fussy behavior. Teething infants can even squirm while feeding. But, if the parents have observed some other symptoms besides their fussy behavior, they should consult a doctor.

When does the child squirm and show fussy behavior during feeding?

The child can show these kinds of behaviors during different intervals of the day. The parent has to observe their activities and determine whether the infant shows it during morning or evening nursing or at any other time. It can help them identify the problem; thus, they can solve it using suitable methods.

Why do babies wriggle and fuss while breastfeeding?

As mentioned above, wriggling while breastfeeding is quite normal among infants. However, in a few cases, the infant can squirm violently because of being frustrated.

Following are the main reasons that can cause the babies to squirm while breastfeeding. The parent must remember that the problem may also arise due to a combination of two or more grounds.

The child needs to be placed in a comfortable position to calm her down during the feeds. Good positioning of the baby ensures that it sucks and removes milk efficiently. It, in turn, helps to make the baby healthy and happy.

If the child is uncomfortable while laying on the lap, it does not breastfeed happily. As a result, his health is affected negatively.

At the beginning of breastfeeding, the child sucks milk at a shallow and quick rate. It grows rhythmically and deeper with time.

However, if the flow is too fast, the child may find nursing challenging. It can also result in making him cough and gag.

Moreover, the body of the mother is different. So, one breast can be larger than the other, or one can have heavier let down than the other. Thus, the child starts preferring a specific side over the other.

Every child is different and so are their needs. Although most children breastfed and go off to sleep when they are tired, some children behave differently. When the child is exhausted, they may wriggle and fuss at the breast.

At other times, the baby may not want to feed. In such situations, it would squirm from the time breastfeeding would be offered to him. The parent must try to provide him with nursing later.

A sick child may wriggle and fuss while feeding. Pain causes the baby to grow uncomfortable. A sore in the ear or foot can make the baby feed less. Fever can also cause this problem in the child. But, once the pain vanishes, the child goes back to his routine.

Infection in the mother’s breast can also change the taste or texture of the milk. It can also affect children’s intake.

After crossing the growth spurt phase, the child’s appetite gets into a normal range. However, the mothers continue to worry about the infant and try to feed them for a certain period. They try to put their babies back on the breast if they suckle for comparatively less time.

A parent must notice if the child is showing signs of getting fed. They should also be provided at regular intervals, at the time they demand.

When the baby is teething, it gets inflamed gums. The pain in the gums would affect its nursing directly and would make it squirm. To avoid this consequence, the baby can consume some cold items before breastfeeding.

The “wonder week” is equivalent to the days adults are low spirited, except their actions display their frame of mind. In these days of development, the child learns to make connections with its brain. Thus, they grow crankier, and it becomes different to handle them. They wriggle aggressively while breastfeeding.

The parents have to patiently handle their child during this phase until “it passes.”

What to do when the baby squirms while feeding?

Squirms are, sometimes, a part of the growth and development of the infant. At other times, they are the indication that the child is lying in an uncomfortable position or facing some other issues. There are various methods of addressing their squirming episodes.

The technique one must follow to tackle this problem depends on the child’s type of discomfort. Hence, the parents have to identify the source of the child’s difficulty and track methods accordingly.

Many times, wriggling is a part of the child’s growth process; it is not something parents should worry about. Instead, they should prefer the places to pump where the child can push objects. It allows the parents to be less bothered.

The mothers also place pillows near their child so that they remain in contact with a smooth surface. They can even squeeze their feet while feeding to satisfy their desire of maintaining contact with the world.

An average human infant needs 12-16 hours of sleep every day. If the child is sleeping fewer hours than required, it may make it so tired that it wouldn’t feed properly. It can create a problematic situation for the parents.

They need to make sure that the child has an early naptime and gets enough sleep during the day. The babies fail to handle their tired and hungry body; therefore, parents need to take special care of their naptime.

The child needs to feel the parental bond for it to be comfortable in their lap. The skin-to-skin contact of the mother and child aids this process.

Therefore, the parents can try to have contact with their child before feeding and between two feeding sessions to make the baby calm and relaxed.

In many cases, the child faces difficulty in latching to the mother’s breasts, or the breasts have slow let down. In such situations, the mothers can pump the milk for the child. They can also do hand expressions for the child. The child feeds properly and gets the required nutrients from the milk.

If the child is squirming because of the wrong holding position, shift around to a different posture. However, before doing it, make sure that the baby’s diapers are not wet and his clothes aren’t sweaty.

Some of the advantageous positions are:

Baby bottles require less effort of the baby compared to breastfeeding. While feeding at the mother’s breasts, the child does some work for initiating heavy letdown.

But the flow of milk through the nipples of a baby bottle is steady. Therefore, if the child is acquainted with the bottles at the early stage, it becomes difficult for them to breastfeed.

At times, after breastfeeding, the baby keeps suckling the nippluar area of the mother. Light dripping or steady letdown can upset the child under these situations as the child is already satisfied.

The parents can use pacifiers for such purposes.

It is a general idea that the child should burp only after completing his feeding schedule. However, burping between feeds is a better option.

During suckling, the child can swallow air pockets. The excess air can lower his appetite. Taking breaks once a while and burping can ease the process of feeding.

Suppose the child is squirming while nursing. It may be a sign of his ill health. Consult a pedestrian and do a thorough checkup of the child. Check for any signs of pain or infection.

At times, the mother suffers from an infection in the breast. It may change the taste of the milk or can make a baby uncomfortable in the lap. Please consult a doctor and consume the medicines he prescribes. Avoid self-medicating.

The mothers need to understand that just because someone else faced similar symptoms and used a particular way to cure it, doesn’t mean the same would work for them as well. Remember: the body of the mother is a lot more sensitive.

These are the reasons why a baby can squirm and fuss while feeding. It not only happens in the case of human infants but also in other animals, including puppies and kittens. Pushing their paws against that of their mother’s increases the flow of milk.

It is tough to read the mind of a baby, mostly because they are poor at conveying their heart. However, the parents can try to calm down the child and feed it, the way it wants. Some children also suckle better if the parent walks around while nursing. The parents can consult an International Board Certified Lactation Consultant (IBCLC) and Australian Breastfeeding Association, counsellor for getting advice related to nursing, motherhood and taking care of newborns.

The law has been very generous in granting us the right to private defense. This…

How to cook frozen pizza in air fryer

The Best Time To Power Wash A House

How to Choose Outdoor Blinds According to Australian Weather?

Understand If You Are Eligible for Liposuction or Not

What Are The Rights And Duties Of A Guardian?