What Are Some Of The Most Common Strains Of Cannabis? 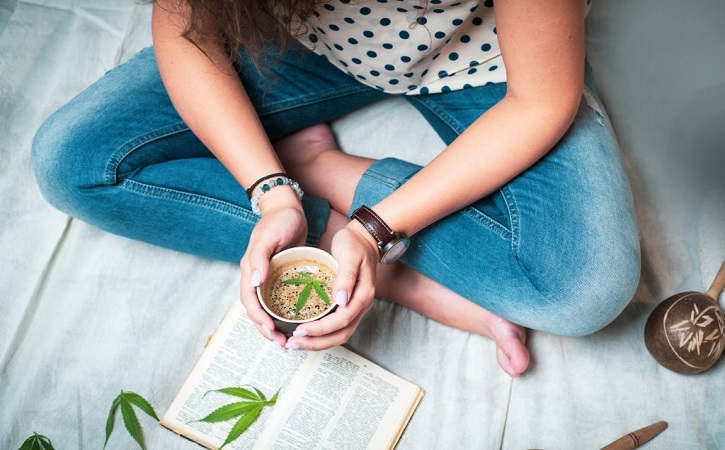 Having a weed dispensary in North York that also has a great reputation might be hard to come by. If you find yourself searching for one that has some of the most common strains available, you might want to think about trying King Crop Delivery. It seems that the most popular strains on the market might differ between who you ask. Most people tend to side with whatever strain of cannabis they have used and feel the most comfortable with. The most popular strain of cannabis might vary depending on what part of the world you’re currently in. If you’re wondering what some of the most popular strains in Canada are, you’ll want to keep reading.

Blue Dream is a strain of weed that is dominant in Sativa genetics. This strain resulted from mixing Super Silver Haze and Blueberry Indica. The THC content in Blue Dream ranges between 17% to around 24%. If you’re wanting a strain of cannabis that will put you in a better mood, Blue Dream is the one to go with. Users will feel energized and free from any stress they are currently experiencing. Users also report feeling very relaxed and free from any pain after consuming it. Sometimes people like smoking some Blue Dream before partaking in an activity that requires heightened levels of creation and motivation.

Another thing to note about Blue Dream is how appealing it looks. The bud on Blue Dream cannabis is coating in crystally trichomes that have a pleasant fragrance of pine and berries. After smoking it, the tastes and smells will linger in your breath for quite a while. All of these things are what make Blue Dream a very common strain around the world.

If you’re wanting to use Blue Dream for medicinal purposes, you can expect it to help with things like:

Durban Poison is a popular Sativa-dominant strain of cannabis that many people refer to as the coffee of the cannabis field. This strain of cannabis began in South Africa, and that’s why it has so many characteristics that a lot of other strains in the country also have. If you’re considering picking up some Durban Poison, you can expect the THC content to range from 15% to 25%. Right after smoking it, you’ll instantly smell a fresh aroma of pine and citrus notes. If anyone is around you while you’re smoking it, you might have them commenting how pleasant it smells.

Durban Poison might not sound like a cannabis strain that will cause an uplifting and pleasant mood, but the name can be deceiving because users report feeling light and euphoric soon after consumption. Some of the medical uses that people consume this strain for are:

Gorilla Glue was one of the most common strains of cannabis in 2015, and it is still right up there with the rest of the popular ones that people enjoy. The reason why this strain is called Gorilla Glue is that it has people couch-locked after consumption. The indica and sativa ratio of this strain is 50%. Some of the strains that combine to form Gorilla Glue are:

Newcomers should exercise some caution when trying out Gorilla Glue because the THC content can reach from 25% to 30%. The buds on this strain a bright, green color that contains a very sticky coating of trichomes on them. Upon looking at the buds closer, you’ll notice a bunch of orange pistils. Users will enjoy the sweet chocolaty and citrusy fragrance that Gorilla Glue gives off.

Gorilla Glue is a good strain of cannabis for users that are wanting to have a quick mood boost that is backed by feelings of relaxation. It can be effectively used for conditions such as:

If you’re looking for a weed dispensary in North York that has some of the best OG Kush available, you’ll want to give King Crop OG Kush a try. OG Kush is one of the most popular strains of cannabis available throughout the world. It has a high THC content and contains indica-dominant genetics. OG Kush was created by mixing the genetics of Chemdawg and Hindu Kush. With this strain, you can expect THC levels ranging from 20% to 25%. Even cannabis users that have the highest tolerance will still enjoy the feeling of this one.

OG Kush has an earthy and musty fragrance that also might smell a little citrusy. If you’re looking for a strain of cannabis that will increase your creativity and feelings of euphoria at the same time, OG Kush is an ideal strain to try out. It can help with a variety of medical conditions such as:

It doesn’t matter if it’s the middle of the day or early in the evening, OG Kush is a strain of cannabis that can be used in social situations or activities that need you to be on your feet.

Pineapple Express is another common strain of cannabis, and it gained wide popularity due to the movie that was released in 2008. This cannabis strain has Hawaiian and Trainwreck genetics and you can expect your batch of Pineapple Express weed to be around 25% in THC content. Upon consuming Pineapple Express, you might smell hints of mango and pineapple at the same time.

Many people like using Pineapple Express recreationally, but there are also a number of medicinal uses that you can try it out for:

If you’re looking for a weed dispensary in North York that contains the best strains of cannabis available, try out King Crop Delivery.

Reasons to Use a Print and Design Company

Things to Know Before Buying a Basketball System

Why Prefer In-Ground Design Instead of Above-Ground Pools?