Understanding the History Behind Funerals 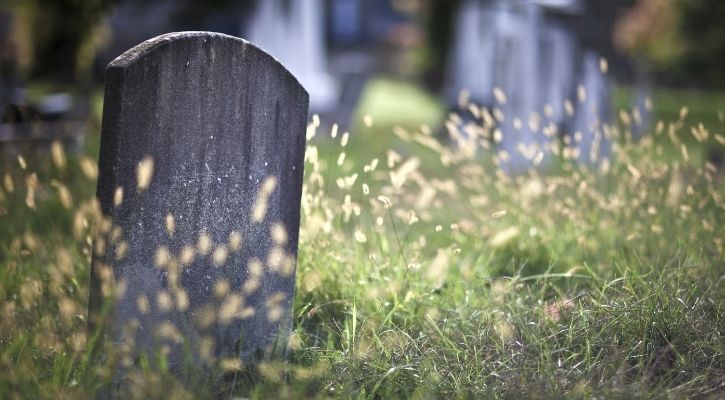 Understanding the history behind funerals can give us a glimpse into our lineage as a species. Moreover, it can provide us with insight into how we’ve viewed death throughout millennia and the meaning we’ve always found in honoring and memorializing our loved ones. So take a moment to read through this brief overview and learn about the fascinating history of funerary customs.

Understanding the history behind funerals requires a knowledge of where they originated. And the first stirrings of formal death rites as a human practice date back 225,000 years ago, as demonstrated through an archeological find in north-east Wales.

Researchers found the teeth of nearly 15 neanderthal men on a site without any indication of other remains. It’s believed that these teeth were signage of a mass grave, one of the first in known human history. Researchers made another similar discovery in Spain, denoting the burials of up to 32 people.

And finally, prehistoric humans performed a ritual known as de-fleshing as a formal means of honoring the dead. We don’t know much about why early humans practiced this grim ritual, but experts suspect that it was to salvage the bones of the deceased to make into sacred relics.

The Origin of Burials

As humanity began to evolve, the methods we chose to honor the dead became slightly more sophisticated. This newfound sophistication conceived the idea of ceremonial burial. The first instances of such burials may have occurred between 23,000 and 27,000 years ago.

Many have discovered evidence of these funeral rites across the globe, from Australia to Israel and Iberia. Some remains were buried alongside animal bones, while others showed the use of red ochre to turn the bones a reddish color.

After these initial discoveries, researchers uncovered others that revealed ceremonial funerals during the Upper Paleolithic Era. These ceremonies shared many commonalities with those of older origin, but with the addition of more funerary customs, such as burying the deceased with their personal belongings and other sentimental trinkets.

The Birth of the Western Funeral

Burials, as we recognize them today, originated in Ancient Greece. In fact, between the years of 3,000 and 1,100 BC, ceremonial burial was the popular choice for honoring the dead in this region. However, cremation pyres became the norm after this period and remained that way until the introduction of Christianity as a mainstream belief system.

And many ancient Christians largely rejected the idea of burning one’s bodily remains as a means of honoring the dead. Thus, as Christianity grew and the Catholic Church continued to gain influence, the tradition of formal burials, along with attendant services, wakes, and masses, sprung forth and became the long-standing funerary tradition of the western world.

As decades pass, more people are beginning to revert to older methods, such as cremation, to honor and celebrate their loved ones. Cremation is just as meaningful as a burial and more cost-effective. This allows those honoring the deceased to focus on other aspects of memorial services rather than spending a fortune on a traditional funeral.

And while cremation ceremonies don’t always involve ceremonial burial rites, they entail other meaningful gestures, like the scattering of ashes and intimate readings of remembrance quotes to mourn the loss of loved ones.

Overall, humans have a long and fascinating lineage of honoring and mourning the deceased. Hopefully, this quick overview can provide insight into the evolution of funerals and some of the interesting customs that many still perform at ceremonies today.

Advantages of Selecting an Online Flower Delivery Service in Canada

There Are 7 Astonishing Advantages To Your Health That Tattoos Provide

What to take to the beach: everything you need for a day in the sun

Naturally, the older a poem is, the more famous it becomes. Someone like Byron has…

How Long Does Tuna Salad Last

Tips To Consider When Looking For Divorce Lawyers

What Makes Custom DVD Boxes Able To Protect Your DVDs?