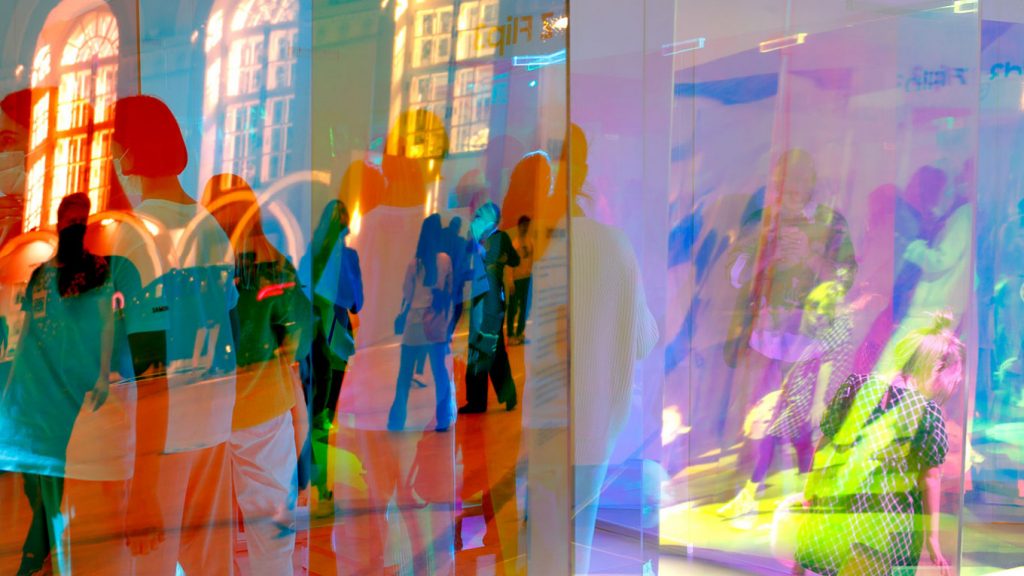 Britain has a long and illustrious art history, having made substantial contributions to the development of European – and worldwide – art. Some even claim that Britain is the birthplace of contemporary art. Whatever your feelings on British art, you can’t dispute its effect on every aspect of the creative landscape, or the extent of influence British artists have had on different types of art.

It might be said that British art has a distinctive style that sets it apart from other artists working in comparable fields. This particular perspective is what distinguishes British art and artists.

What Is the Definition of Contemporary Art?

Contemporary art is sometimes referred to as “art of the moment.” One notable difference between Modern and contemporary art is the concentration on the underlying philosophy rather than the visual attractiveness of a piece of artwork. The path the artist made to get there became more essential than the finished result.

Contemporary art will be most approachable to everybody interested in art since it relates to the present cultural phenomena as understood by each artist.

This is by no means a comprehensive list. This list of artists will change as the era and style change since contemporary art is so current and relevant to our culture. However, many of the names on this list have had much too much influence on British art history to be excluded from a top five ranking. So, here’s a list of the top 5 British contemporary painters, in no particular order.

Francis Bacon, who was born in Dublin, Ireland in 1909, lived during two crucial periods in art history: modern and contemporary. Despite the fact that these genres are largely concerned with abstraction, Bacon always concentrated on the human form, developing a trademark style marked by disfigurement and morphing of the human body, as well as works with undertones of mortality. Despite the fact that he influenced a generation of painters, Francis Bacon will most likely be remembered as the artist who set a world record (at the time) for the highest prices for paintings sold at auction. When Bacon’s artwork “Three Studies of Lucian Freud” sold for $142.4 million at a New York auction house, he achieved this achievement.

Bradford, England is where he was born. After two years of required army duty, David Hockney attended graduate school at the Royal College of Art in London, where his paintings were initially acquired. He attended Bradford College of Art from 1953 to 1957.

With paintings and installations like The Splash, A Bigger Splash, and American Collectors, Hockney would become a key player in the pop art movement. But it was his painting “A Portrait of an Artist” from 1972 that became one of his most well-known works.

Hockney would later quit painting to pursue collages in the 1970s, before returning to painting as a greater modern artist. With the use of video and his iPad, he embraces modern technology in his most recent work.

Damien Hirst, born in Leeds in 1965, was described by his mother as a sick boy whose morbidity knew no boundaries. It was most likely personified in his teen collection of illustrated pathology books, which would influence his work and become a distinguishing feature of his work.

In an image titled “With Dead Head,” and subsequently in his most known work, his grim inspiration gained center stage. However, in 1991, Damien had his first solo show at the Woodstock Street Gallery in London, where his iconic piece “The Physical Impossibility of Death in the Mind of Someone Living” exemplified the morbidity of his work.

For the Love of God, Mother and Child Divided (for which he received a Turner Prize), and Away from the Flock are some of Damien’s other well-known pieces.

Lucian Freud would become one of the founding fathers of the modern period, descended from a long line of extraordinary individuals (his grandpa was Sigmund Freud). Although his work spans multiple decades, the most of it may be classified as current, such as Benefits Supervisor Sleeping, David Dawson, and Reflection (a self-portrait). As shown in his brutally honest photos of friends and family, his artwork was a sharp style of realism. His brushstrokes and use of colour, however, were the foundations of his work, and they became an influence for many contemporary painters.

Richard Hamilton’s painting was brutal yet detailed, and he was known as the pioneer of Pop Art — a period of art that concentrated on pop culture and the mundane. Richard, who was born in London in 1922, did not have an easy time breaking into the art scene. Richard finished his studies at the Royal Academy School in 1951 after quitting art lessons and getting expelled out of college. Richard later created the Independent Group in 1952, an art movement that included numerous other painters, architects, and sculptors and was essential in the birth of pop art in England. “Just what is it that makes today’s homes so distinctive, so appealing?” is often regarded as the origin of English pop art.

This list of the top five prominent current British painters will help you delve deeper into Britain’s rich art history and appreciate the country’s contribution to the arts. However, before we get into who made the cut, it’s important to grasp what modern art is.

Who are the Top 10 Motivational Speakers in the World?

CBD For Insomnia: Can CBD Help You Sleep Better?

Steps and Tips for Writing a Scholarly Essay

How to apply for foundation course scholarships in London

What to Look For In a Google Adwords Agency