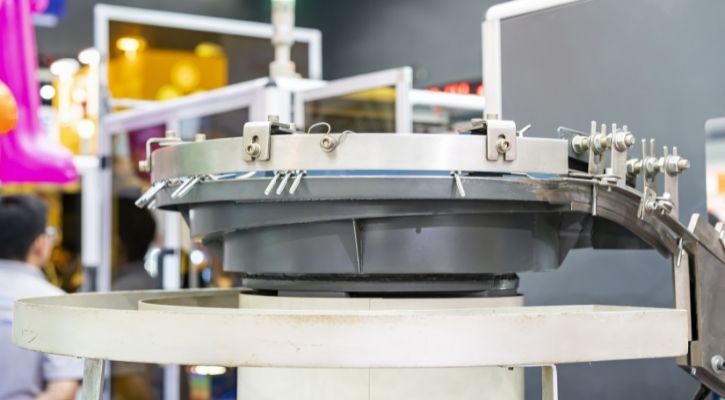 Like any machine you work with in the metal-working industry, there will come a time when your vibratory feeder bowl stops working as it should. While this can be annoying, it’s likely not a significant issue. In order to fix the problem, though, you’ll need to determine what’s wrong, which is why we’ve put together this list of problems you may encounter with vibratory feeder bowls.

There’s No Vibration at All

One of the worst things to happen occurs when you turn the bowl on, and nothing happens. Fortunately, this is usually an easy fix. Typically, the problem results from a bad cord or blown fuse, but there are times in which this happens because the bowl is resting against another machine and sending the vibrations through it instead.

Some larger problems that cause this issue may occur when the gap between the coil and striker are close together or if there’s no space between the discharge and the track. Once you find the source of these issues, they won’t be too difficult to correct.

It Has a Dead Spot

However, there are times when only a section of the vibratory feeder bowl stops working. Broken springs and uneven feet are the common causes for this issue. To fix this, you’ll probably have to do some retooling, but luckily, it’s not too tricky to learn how to tool a vibratory feeder bowl. In most cases, a simple counterweight or new spring should fix the dead spot.

The Vibration Is Slower Than Usual

Just because a bowl is vibrating all the way through doesn’t mean it’s doing so correctly. If the vibrations are too slow, the products won’t move through the machine properly. Common causes are fluctuating voltages, an improper amount of lubricant, and the bowl not being clamped down tightly. If none of those causes seem to be the issue, it could just be that the bowl is overloaded.

There’s a Weird Noise Emanating From It

Putting too many pieces in the bowl can also cause it to make a weird noise, which is the final entry in our list of problems you may encounter with vibratory feeder bowls. When there are too many parts, they can either continuously hit each other or weigh the bowl down too much, so removing a few pieces is the best fix.

That’s not the only thing that can cause this issue, though. It can also be the result of a loose or broken part. In order to fix this, you’ll have to determine the source of the noise and check to see how the components look in that area. Then you’ll need to replace them if needed.

How To Find Your Missing Ancestor When No Records Are Available?

In April of last year, the value of the Shiba Inu didn’t even show up…

How To Use The Kiwi Music Bereavement Application?

Limo in london is helpful for your requirements for a ride

How to Effectively Vacuum Clean Delicate Carpets and Rugs?