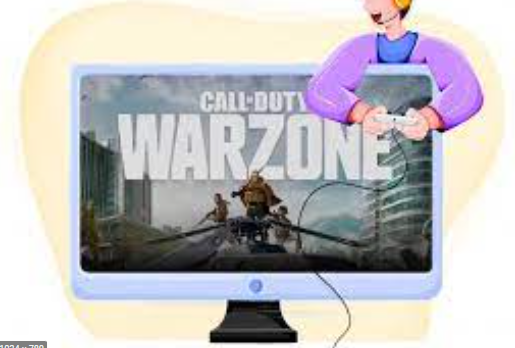 There is never a better time to enjoy Warzone and polish up your tactics than the present, especially as we move from Verdansk and the Soviet map towards new, more tropical views. The game has hinted towards hosting players on a whole new battleground with the new Caldera map!

But whatever map you’re following, entering a new game isn’t easy, especially if you are looking for better lobbies while also securing a safer internet connection. If you’re looking for a one-stop solution, VPN may very well be your answer.

Warzone is a game that you can easily play across several different platforms, which is why it is one of the most wildly popular Battle Royale games out there. With a brand-new level of competition, players are looking for more ways to secure a win left and right, which is why a Warzone VPN is so important!

The biggest issue most players are likely to face with Warzone in the coming version is SBMM (skill-based match-making.) This means that players of similar skill levels will be pitted against one another, and hence, the match will be more difficult for either party to win.

A Warzone VPN or a VPN for Xbox can be used to manipulate this algorithm and secure an opponent with a lower skill level to increase your chances of winning while also giving you more control over your game.

If this interests you, keep reading on because in this post, we’re going to dive deeper into why you need a Warzone VPN, how to set it up and how to use it to secure better and easier lobbies.

Why you should get a Warzone VPN

If you’re the kind of person who likes winning but, at the same time, also enjoys getting to control the level of challenge it takes to secure that win, a Warzone VPN is an excellent tool to opt for.

As stated earlier, the game will likely be switching to an SBMM algorithm to make winning much more challenging—however, there is more to it than meets the eye. Besides skill level, the algorithm also depends on multiple factors like location and time zone. Otherwise, players in different sides of the world could be waiting a while for their turn.

Using a Warzone VPN, you can spoof your location to another time zone and location to enter easier lobbies at less busy times.

How it all works

A VPN for Xbox or a Warzone VPN consists of a vast global network of servers, enabling you to select which country or time zone you want to be a part of at any given time.

Keeping in mind that the game is busiest during the evening hours when players are looking to unwind after a long day at work or school, it’s worth a thought to joining the game in other countries where instead of evenings, it’s morning or noon.

This will ensure far fewer people online, translating into a lesser pool of potential opponents for you, regardless of the skill level.

If you’re a US player and usually play in the evening, joining a game from the UK, Europe, or Africa might be worth using a VPN because of the considerable difference in time zones.

It’s also a good idea to make sure you’ve done your research and know which countries have the overall least amount of Warzone players and spoof your location to those countries to enjoy more control and lesser competition.

How to pick the best Warzone VPN

The most important feature to look for is a wide global server network. Look for ones that offer servers in at least 100 different locations. This will ensure that you have more options and countries to choose to play in.

Secondly, ensure that your VPN offers a higher encryption level for a safer connection. Look for ones that provide 256-bit AES encryption just to be on the safer side of things. This will ensure that you’re safe online from other players and ensure that hackers don’t get into your data.

How to set up your Warzone VPN

All you have to do to set up and get started using your Warzone VPN is to follow these four simple steps.

Now that you know everything there is to know about a Warzone VPN follow the guide and tell us know it went for you!

Panam City, the sole abandoned city of their kind in the entire world. It’s just…