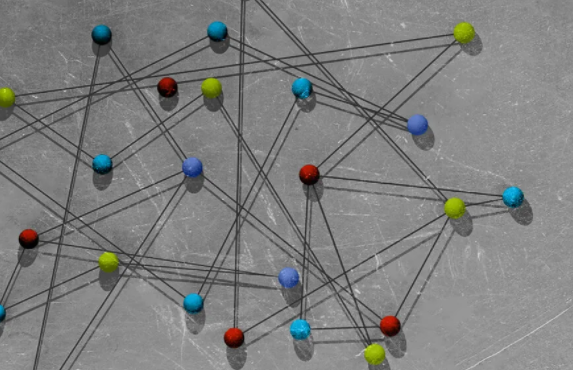 Marijuana is a drug that is legal in many states for medicinal use. The National Institute on Drug Abuse says that when marijuana is taken with other drugs, these interactions can either enhance or diminish the effects of both drugs. Many people are unaware of marijuana’s potential to interact with prescription medications, which can lead to dangerous health consequences. Doctors don’t normally screen for it when prescribing certain medications, so it’s important finding a medical marijuana doctor who is knowledgeable about marijuana and its effects.

What Are Marijuana and Prescription Drug Interactions?

As the use of medicinal marijuana becomes more mainstream in the United States, patients may wonder if taking it with prescription drugs is safe. The short answer is yes, but there are many dangers hidden below the surface. The interaction between marijuana and certain prescription drugs can be dangerous or even deadly when combined due to their similar effects on the body. This post will outline some essential marijuana drug interactions you want to know before taking them:

While many people claim that alcohol and marijuana can be a relaxing combination, others suggest avoiding mixing the two because doing so can cause additive effects. For example, when taken together, both substances slow reaction time and decrease coordination. Furthermore, because alcohol lowers inhibitions but increases pain sensitivity simultaneously, both of which are characteristics of marijuana, the mixture could inadvertently cause issues during social situations or even accidents that result in personal harm or injury.

In fact, Combining the two drugs unnecessarily increases the risk of side effects, organ damage, respiratory problems, and blacking out. These are all common symptoms that come with binge drinking. The combination can also lead to increased car accidents or injuries. Marijuana impairs judgment while alcohol slows motor skills, so putting them together is a recipe for disaster.

Antibiotics are used to treat a wide range of infectious diseases, but marijuana and some antibiotics can interact differently in the body. For example, when marijuana is taken with an antibiotic, it slows the rate of the medication’s metabolism in the body. This means that there is a higher chance of developing antibiotic resistance while using marijuana and an antibiotic simultaneously. In addition to this, other studies suggest that non-steroidal anti-inflammatory drugs (i.e., ibuprofen), when used with marijuana, may inhibit the effects of certain antibiotics regarding their ability to kill bacteria within the body while also lowering blood pressure.

Antidepressants are used to treat depression, anxiety disorders, panic attacks, and more mental illnesses where the quality of life is greatly diminished by negative thinking patterns or behaviors that cause stress and anxiety. Some studies suggest that while marijuana and antidepressants can work well and be effective in some cases, others suggest that they may produce unpredictable results, leading to more side effects than the patient actually wanted.

The combination of marijuana with antidepressants may decrease the effectiveness of medications in two ways: The drug interaction between marijuana and antidepressants decreases how long they are absorbed into the body by affecting serotonin levels in the brain. However, this is not to say that marijuana should be avoided with antidepressants at all costs. The best option is to find marijuana doctors who are aware of the possible issues with combining the two.

Antihistamines are often used to treat allergies, colds, hay fever, sleep disorders, and other infections caused by external factors. Antihistamines may also be prescribed for anxiety disorders. However, when taken with marijuana, antihistamines can cause an increase in heart rate while slowing other bodily functions. Therefore, combining the two drugs could lead to an increased risk of depressed or hypoxic states, which is potentially dangerous. In addition, antihistamines use the P-450 system, marijuana may also slow down the process by which medications are broken down in the body, which can lead to an increased possibility of side effects.

Antipsychotics are medications that treat psychosis, hallucinations, delusions, and other similar mental illnesses or disorders. Research shows that combining marijuana with antipsychotic drugs may decrease the effectiveness of both drugs due to their effects on serotonin levels in the brain. As a result of excessive amounts of cannabis use, there is a risk for cannabis psychosis. Patients will lose touch with reality and their own behavior patterns due to their over-reliance on marijuana.

Marijuana and prescription drugs are potentially dangerous when combined because not all medications metabolize in the same way in the body and can lead to increased side effects and even organ damage in patients who ignore the danger signs. Therefore, patients should always check with their doctors to see if any marijuana drug interactions can occur when taking their medications along with medical marijuana.

Meet the Professional Coach to Enhance Your Abilities to Get Ironman Triathlon Training:

What Are The Benefits Of Yoga

Stream East | Every Thing You Need To About

How do I add free ringtone to my iPhone?