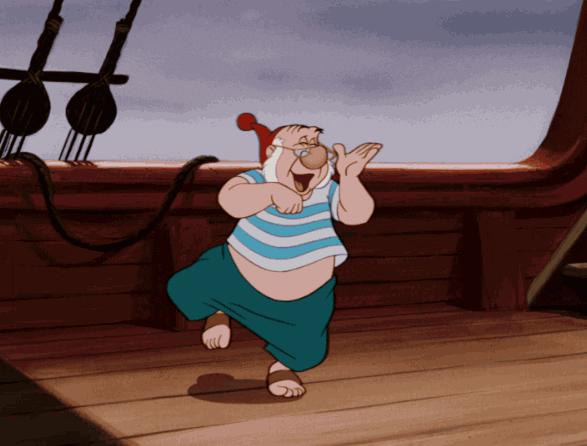 What’s the one thing everyone is talking about right now?

It’s the ICC Men’s T20 World Cup. Our WhatsApp chats, Instagram feeds, Twitter timelines and Facebook, everything is filled with memes, news and discussions about the World Cup.

Brands are also using this opportunity to reach out to their audience with innovative content like memes and GIFs based on the moments from the matches or cashing in on the wins and losses. Here, Conversation Media Marketing has proven to be highly useful.

Conversation Media is the use of visual forms like GIFs, stickers, memes, emojis, etc. In this blog, we will talk about GIFs and not just any random GIFs but those from the world of Disney.

Those that represent victory.

Those that represent emotions of excitement and energy.

Yeah, Disney has a lot of them. In 2015, Disney became one of the first brands to launch its own custom GIF keyboards. It came up with an app called Disney GIF. The new app was a mobile keyboard extension that let people share Disney and Pixar-themed GIFs via text messaging as well as email and social networks. There were over 200 GIFs at the time of the launch. The number only increased from there and today we have millions of Disney GIFs.

A few of them are perfect for a celebratory mood. What better time than the ongoing T20 World Cup? We have compiled a list of dancing Disney GIFs, most of which never get old. You can use them in your online conversations and add glitter and fun to your chats.

The ballroom dance number where Belle and the Beast share their first waltz while Angela Lansbury‘s Mrs. Potts serenades them, will always remain close to our hearts.

So, if you are too excited about a team’s win, celebrate it with this GIF and show your excitement.

Something tells us Smee would be the perfect character for a dancing celebration.

Their steps in the following GIF are perfectly synchronised. Dancing amidst nature further makes this GIF adorable and impartial.

How can you not include this GIF in your celebratory texts to friends and family?

From wearing interesting costumes to dancing his heart out, Timon has done it all. Express your happiness with this dancing GIF.

Squishy from Monsters University adds drama, joy, anticipation and even anxiety to your texts. So if you are experiencing a roller coaster of emotions, use this GIF.

The Llama will dance its way into your conversations and make them fun. This GIF is perfect to share when the team you are supporting wins to everyone else’s surprise.

Perform your happy dance with this bright and dazzling GIF.

This is just the tip of the iceberg.There are hundreds of other Disney GIFs that can be used to celebrate victory. Find one from your favourite Disney movie and you’ll love the conversations more than ever.

Add to it the nostalgia, and you’ll get addicted to these cute, funny and expressive dancing GIFs.

Disney has always been at the forefront when it comes to GIFs. Its animated films have a massive potential to represent our several moods and the GIFs thus formed feel relatable. The brand never forgets to tap into Conversation Media via memes, stickers and GIFs.

Recently, Disney also collaborated with Holler, a Conversation media platform for its Disney Accelerator program that aims to leverage advanced technology in order to develop new entertainment products and experiences. GIFs and stickers are a major component of this program. So this means that you will have more content to share across messaging platforms.

With Disney, this doesn’t seem to end anytime soon.

Disney GIFs are brilliant in several ways. They induce a sense of nostalgia. They are full of energy and colours. They help express several emotions. Therefore, there’s one for every occasion.

What Is WPC 2025 Live Dashboard Login And Registration Process

A Dye Sublimation Printer is a digital printing machine that prints on fabric or paper.…

What Is The Best Between .357 SIG and 9MM? Know the Difference

The Qualities of a Great Medical Malpractice Attorney

Understanding the History Behind Funerals